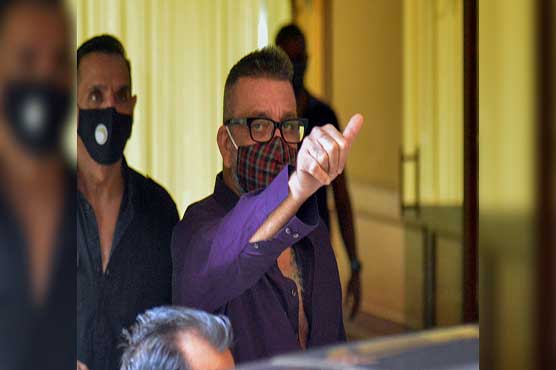 Sanjay Dutt is fine, showing no other symptoms: Lilavati Hospital

ISLAMABAD (Online): Sanjay Dutt, who was hospitalised on Saturday, is doing fine and is showing no other symptoms. The actor’s condition is stable and he has been shifted out of the ICU to a normal ward, according to doctors attending to him.

Dutt was rushed to Lilavati Hospital, Bandra, after he complained of breathlessness. Dutt took to social media to provide a health update, “I’m under medical observation. Thank you for your wishes and blessings.”

Sanjay Dutt is doing completely fine and is showing no other symptoms, hospital authorities said.

As per the doctor’s statement, his health condition is stable and is maintaining normal oxygen saturation. However, the ‘Rocky’ actor will be kept under observation for a day.