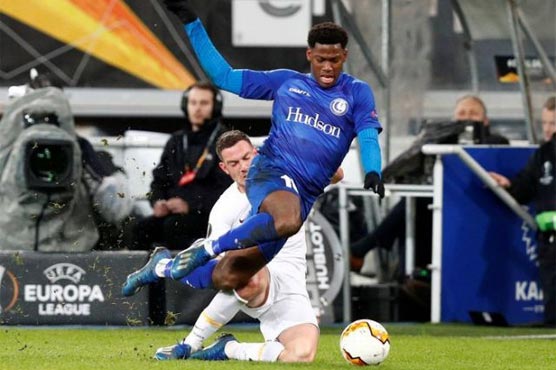 (Reuters) – Canada striker Jonathan David has joined Lille on a five-year contract from Belgian side Gent, the French Ligue 1 club announced, with media reporting that he has signed for a Canadian record 30 million euros (26.97 million pounds).

The financial terms of the deal for David, who was voted Canada’s player of the year in 2019, were not officially disclosed by the French club but the reported fee would make him the most expensive Canadian soccer player in history.

The previous Canadian record was winger Alphonso Davies’ move to Bayern Munich in July 2018 from Vancouver Whitecaps, who said the fee with add ons could exceed $22 million.

“This is a very good team with great players,” said the speedy 20-year-old David. “I want to play and to progress and I think that this is the perfect place.”

Lille finished fourth in the Ligue 1 standings, after the season was curtailed amid the COVID-19 crisis, and qualified for next season’s Europa league group stage.

“I’m a player who knows his place on the pitch. I love to play to my qualities: notably with speed and technique,” added David, who can create chances as well as score goals.

David, who is of Haitian origin and was born in Brooklyn, New York, joined Belgian side Gent in 2018 where he scored 30 goals in 60 league appearances over two seasons.