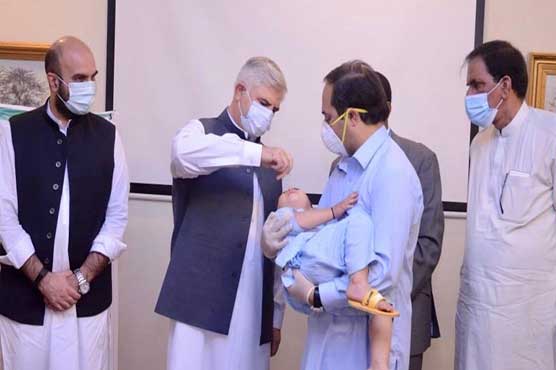 PESHAWAR (City News) – Chief Minister Khyber Pakhtunkhwa Mahmood Khan has said that the government is committed to eradicate polio from the province.

Inaugurating the polio campaign in Peshawar today, he urged religious scholars, media and elected representatives to join hands with the government to root out polio.

The Chief Minister said polio campaign has been resumed after four months of suspension due to Covid-19.

According to Emergency Operations Center Khyber Pakhtunkhwa, more than four point five million children up to five years of age will be administered anti-polio drops in twenty-one high risk districts of the province during the campaign.