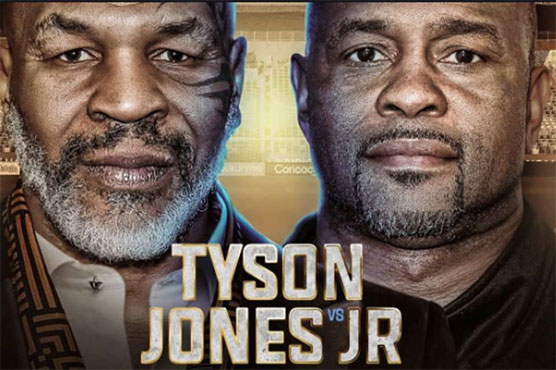 In a statement, promotional company Triller said the fight in Los Angeles would now take place on November 28 to coincide with the Thanksgiving holiday weekend.

“Changing the date to November 28th will give more people the opportunity to see the biggest comeback in boxing history,” Tyson said in a statement.

“This temporary inconvenience will last longer than Roy Jones Jr. He better be ready, I m coming full force,” the 54-year-old added.

Jones, the 51-year-old former king of the middleweight division who won world titles in four weight classes, welcomed the change of date.

“I m ready and I stay ready, November 28th is gonna be epic,” Jones said.

Tyson retired from boxing in 2005 after a career that spanned two decades and included a dominant spell in the late 1980s where he reigned as the undisputed heavyweight champion.

Although the exhibition fight between Tyson and Jones has been criticised by many in boxing circles, Tyson insists the bout will be a serious contest.

“It s because I can do it and I believe other people believe they can do it,” Tyson said. “We aren t washed up. Somebody says over-age is washed up but they have a bigger fan base than the guys who are training now.”

Halep grinds out win on return to court in Prague