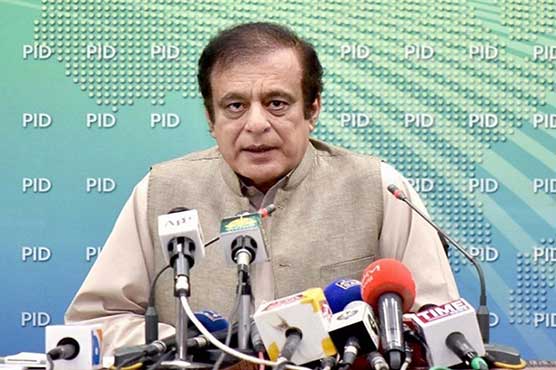 ISLAMABAD (City News) – Minister for Information and Broadcasting Shibli Faraz on Saturday said that providing cheap electricity to the consumers on sustainable basis is the top priority of government.

Addressing a press conference along with Special Assistant on Power Shahzad Qasim in Islamabad on Saturday, he said that a basic agreement has been signed with Independent Power Producers (IPPs) as a first major step towards providing cheap electricity to the consumers.

The minister regretted that expensive power contracts were signed in the past and it is not possible to undo them unilaterally.

Faraz said that expensive electricity was the main concern of Prime Minister Imran Khan and he wanted to address the issue on immediate basis. Hence a team was constituted which held negotiations with the IPPs to revisit the old contracts.

He went on to say that under the agreement signed with the IPPs, payments will only be made for the electricity acquired and consumed instead of the total installed capacity of a particular power plant.

Similarly, the equity return will now be made in rupee rather than the dollar, as was the past practice.