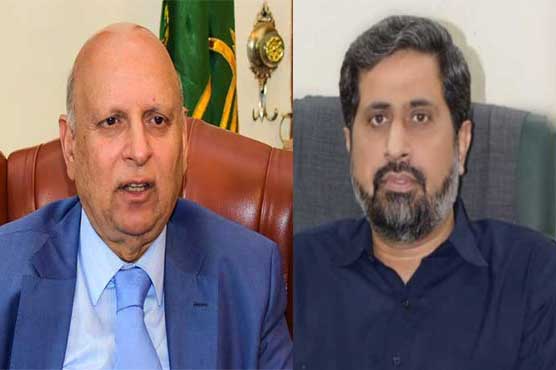 LAHORE (City News) – Governor of Punjab Chaudhry Sarwar on Wednesday said that Pakistan Tehreek-e-Insaf (PTI) has completed two years in government and it will also complete the remaining three years.

Chaudhry Sarwar, during a meeting with Punjab Information Minister Fayyaz-ul-Hassan Chohan, said that no one can point a finger at honesty of Prime Minister Imran Khan and people who are involved in spreading disappointment among public will get nothing.

He reiterated that government will never compromise on rule of law and constitution. He added that for the first time in history, Pakistan is headed in right direction.

Talking about achievement of the government, Chaudhry Sarwar said that government’s policies to deal with issues of country are proving successful and diplomatic and economic situation is also improving as Moody’s and Fitch has kept positive rating for Pakistan’s economy.

During the meeting, Fayyaz-ul-Hassan said that government saved the country from bankruptcy with its effective planning and programs like Naya Pakistan Housing Scheme and Ehsaas Program are examples of poor friendly government.