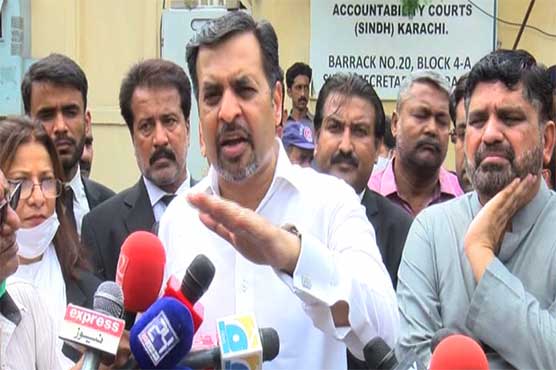 Karachi was destroyed under a conspiracy: Mustafa Kamal

Mustafa Kamal said while talking to media that the division of Karachi is unacceptable just like the partition of Sindh. Power should be transferred to lower level to reform Karachi, he said.

“The resources that are given to provinces have been limited only to the Chief Minister House. Pakistan cannot survive with the current governance system and electoral reforms are required. Other options will have to be considered for betterment in electricity system of Karachi.”

Earlier, hearing was conducted in Karachi’s NAB court against Mustafa Kamal in a reference regarding illegal land allotment. The PSP chairman appeared before the court along with others. The hearing was adjourned till September 3 without any proceeding.