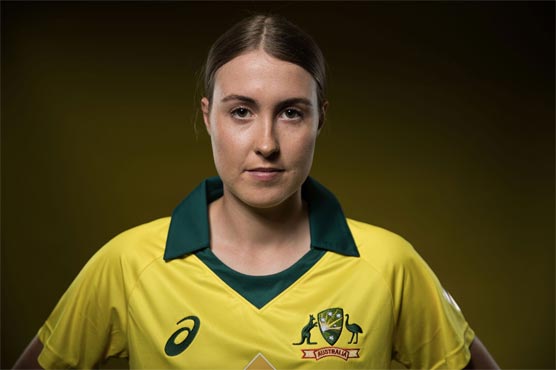 Australia’s Vlaeminck out, Perry a doubt for New Zealand series

SYDNEY (Reuters) – Fast bowler Tayla Vlaeminck has been ruled out of Australia’s limited overs series against New Zealand by injury, while all-rounder Ellyse Perry was named in the squad but subject to fitness.

Vlaeminck suffered a stress fracture to her foot on the eve of the Women’s Twenty20 World Cup in February and will miss the series and the Women’s Big Bash League after a setback in her recuperation.

Twice ICC women’s cricketer of the year, Perry is recovering from surgery on a hamstring injury she sustained during the T20 World Cup, which Australia won in front of 86,174 fans at the Melbourne Cricket Ground in early March.

“Ellyse is progressing well from a significant hamstring injury and we want to give her every chance to be available for selection,” head selector Shawn Flegler said in a news release.

Vlaeminck’s absence offers an opportunity to uncapped bowler Maitlan Brown and her fellow quick Belinda Vakarewa, who both missed the T20 World Cup but were named in Friday’s 18-woman squad.

Australia will face the White Ferns in three T20s and three one-dayers starting in late September but the schedule has yet to be firmly fixed because of uncertainties caused by the novel coronavirus pandemic.

“The schedule for the series has matches in both New South Wales and Queensland but, given the current COVID situation, changes may be required,” Cricket Australia said in a statement.

McKenzie quits as Bangladesh batting coach due to virus