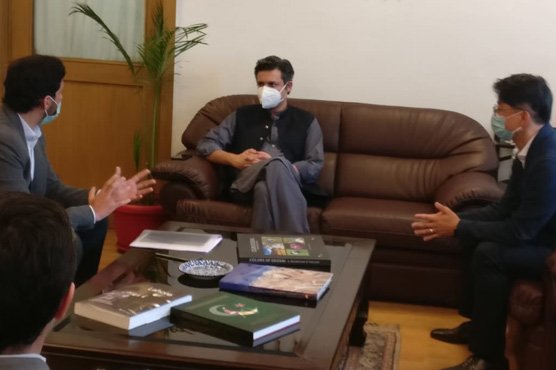 ISLAMABAD (Web Desk) – Federal Minister for Industries and Productions Hammad Azhar has said that Samsung is considering setting up a smartphone assembly plant in Pakistan.

He said that Samsung Pakistan appreciated the government’s policies and is actively considering setting up a smartphone assembly plant in the country.

“Met with Samsung Pakistan managing director and chief executive officer. They appreciated both policies and are now actively considering setting up a smartphone assembly plan[t] in Pakistan,” he added.

The policy approved in a meeting of the ECC chaired by Adviser to the Prime Minister on Finance and Revenue, Dr. Abdul Hafeez Shaikh, aimed at ensuring localisation and indigenization of the parts of the mobile phones.