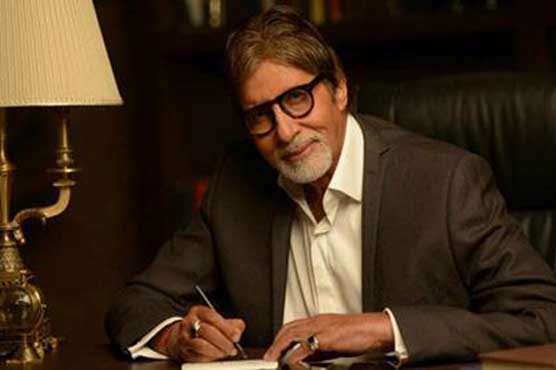 MUMBAI (AFP) – Bollywood megastar Amitabh Bachchan is back at work filming India’s version of “Who Wants To Be A Millionaire?” following a bout of COVID-19, while authorities eased coronavirus curbs on movie and TV shoots.

A blanket ban on studio activity in March dealt a huge blow to India’s cinema and TV industries, hitting not just Bollywood — the world’s most prolific film factory — but also regional movie-making hubs and productions for television and streaming platforms.

In June shooting was allowed again but with strict rules, including a ban on actors and crew aged over 65 — including Bachchan, 77 — until a court overturned that earlier this month.

Late Sunday the government eased the regulations but still insisted that common facilities be regularly sanitised, masks worn and social distancing “followed as far as possible”.

But the relaxation depends on individual Indian states, and Maharashtra, home to Mumbai and Bollywood and responsible for more than a fifth of India’s virus cases, is sticking to the old rules for now.

“We are careful and will review these decisions based on how the pandemic is evolving in the state,” a spokesman for the state government told AFP.

Shows such as “Kaun Banega Crorepati?” for instance, which Bachchan has hosted as quizmaster since 2000, will not be shot before a studio audience.

The veteran star, who spent much of July in a Mumbai hospital, shared a photo with his 22 million Instagram followers of crew members “in a sea of blue PPE”, wearing full-body overalls and face masks.

Maharashtra authorities have sought to combat the spread of infections by banning producers from filming elaborate dance numbers and fight sequences — a staple of popular Hindi cinema.

Social-distancing norms also put a stop to kissing or embracing, meaning a return of styles from the more conservative 1980s, when Bollywood songs often cut to images of flowers brushing against each other — then a shorthand for romance.

In addition to providing crew members with medical and life insurance, producers in Mumbai are required to have a doctor, nurse and an ambulance on set.

Members of the Bachchan dynasty have been among the country’s highest-profile coronavirus patients.

The superstar, his actor son Abhishek, actress daughter-in-law Aishwarya Rai, and granddaughter Aaradhya were all admitted to hospital last month. All four have since been released.