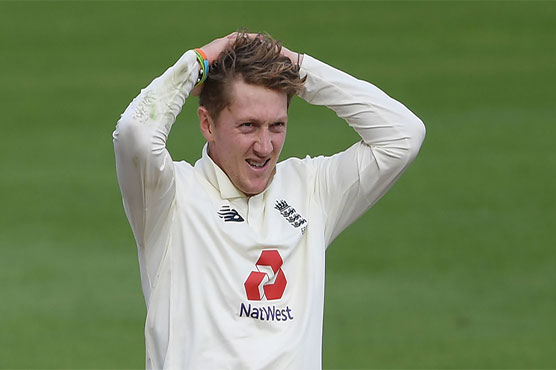 SOUTHAMPTON (AFP) – England s Dom Bess said he wanted to see more “common sense” applied to the question of bad light after a gloomy finish to Sunday s play in the third Test against Pakistan.

The issue came to the fore during the drawn second Test, also at Southampton, where many pundits were frustrated by the umpires strict interpretation of regulations governing bad light, even when the Ageas Bowl floodlights were on full beam.

The England and Wales Cricket Board responded by announcing the series finale would feature more flexible starting hours, with match officials urged to “maximise playing time while it is still safe to do so”.

But having allowed Pakistan s first innings to finish on Sunday, umpires Richard Illingworth and Michael Gough stopped the tourists from batting again after they were asked to follow-on by England captain Joe Root shortly after 1800 GMT.

It was a move that kept England great James Anderson waiting for the two wickets he needs to become the first paceman, and just the fourth bowler in history, to take 600 in Tests.

Bess, however, suggested play could have been suspended even earlier and said the fact England dropped three catches in quick succession off Anderson was an indication of how difficult conditions were becoming for both sides.

“I don t think it is any excuse for dropping catches, but you ve got to take into account being out there and what it was like,” Bess told reporters. “It was really dark out there.

“I was stood at square leg when (Pakistan captain) Azhar Ali pulled one and I did not see it. All seriousness, if that goes near someone or is hit straight at me I genuinely don t know what I m going to be doing.”

The 23-year-old off-spinner added: “We all want to be playing cricket and we all want to get cricket on, but I think there s got to be a little bit more common sense as well, in terms of players well-being.”

“Imagine if someone gets hit there and it is really serious? Say the number 10 or 11 gets hit by (England fast bowler) Jofra Archer because we are out there — what happens then?”