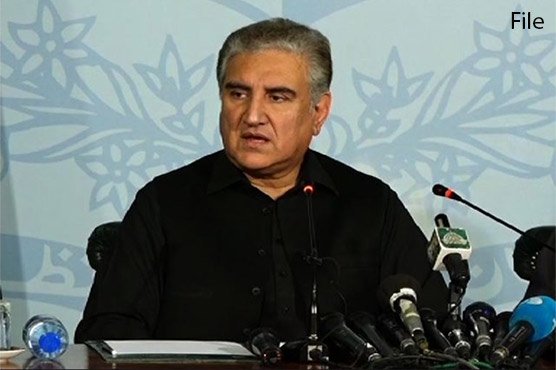 While addressing a press conference in Islamabad, the foreign minister said that six political parties of occupied Kashmir had rejected the Indian government’s illegal step of ending special status of the valley by abrogating Article 370.

The economy of Kashmir has collapsed due to Indian action and increasing human rights violations, he added.

FM Qureshi further said that Prime Minister (PM) Imran Khan has raised Kashmir matter on every platform for the freedom of innocent people living in this valley.

Kashmiris are still fighting for their right of self-determination, he stated.