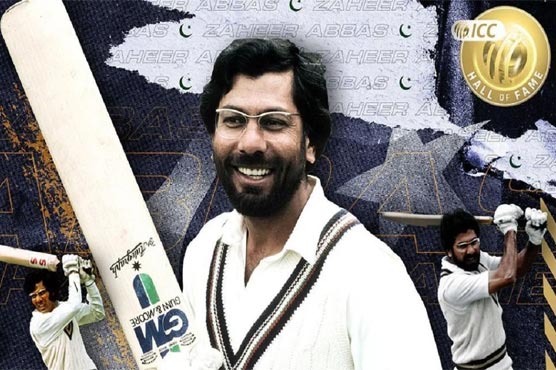 LAHORE (APP) – The Pakistan Cricket Board organised digital activation here to celebrate the induction of legendary batsman Zaheer Abbas in the ICC Cricket Hall of Fame.

“Following a congratulatory message from PCB Chairman Ehsan Mani, the PCB replaced mastheads and cover photos on its corporate website and social media accounts with the pictures of the legendary batsman to celebrate his illustrious 21-year playing career, and his various others roles as a match official and ICC President”, said a spokesman of the PCB.

In a video released by the PCB, passionate cricket fans, from all walks of life, thanked and felicitated Zaheer for making the nation proud with his enormous achievements and reminisced his playing days.

“Through an info graphic, which welcomed Zaheer as the sixth Pakistan cricketer to be inducted in the prestigious list, the PCB also remembered Hanif Mohammad, Javed Miandad, Imran Khan, Wasim Akram and Waqar Younis, who had been named in the ICC Cricket Hall of Fame earlier”, he added .

He said the PCB had fans glued to their screens with for the most of the Sunday afternoon and concluded the activation with a typography video that paid tribute to the ‘Asian Bradman’ and walked through his career in numbers.