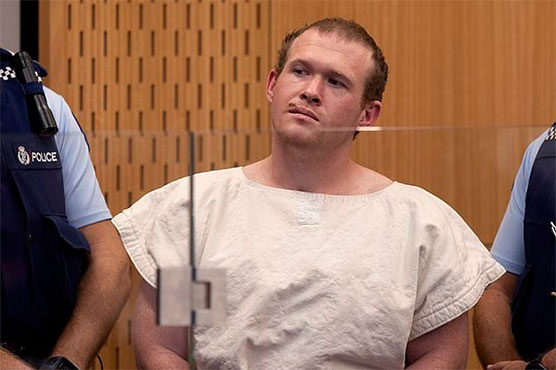 WELLINGTON (AFP) – The sentencing of an Australian white supremacist who killed 51 Muslim worshippers in New Zealand — and live-streamed the massacre — was set to begin amid tight security in a Christchurch court on Monday.

The court building — where Brenton Tarrant will hear statements from 66 survivors — was sealed off with large orange barriers as armed police stood guard.

Sniffer dogs checked lines of court staff and media queueing at security points on a grey, rainy morning in the South Island city.

Lawyers expect Tarrant to be the first person to be jailed for life without parole in New Zealand.

The hearing is set down for four days with as survivors and Tarrant, who is representing himself, making submission before High Court judge Cameron Mander hands down a sentence.

New Zealand media published photographs Sunday of an air force Hercules bringing Tarrant to Christchurch from a maximum security prison in Auckland for the hearing.

He is reportedly being held in a cell in the bowels of the court complex to avoid transporting him to and from jail.

In what Prime Minister Jacinda Ardern has called “one of New Zealand s darkest days”, Tarrant armed himself with a semi-automatic rifle and stormed into two mosques on March 15, 2019 where he opened fire on worshippers at Friday prayer.

He was arrested soon after and initially pleaded not guilty to 51 murders, 40 attempted murders, and committing a terrorist act.

In March this year he changed his plea to guilty.

Judge Mander has said the sentencing process was important for the victims, and “finality and closure is considered by some as the best means of bringing relief to the Muslim community”.

But he has also imposed extraordinary reporting restrictions on the media to ensure that if the 29-year-old Tarrant spouts neo-Nazi propaganda from the dock it does not gain publicity.

– Difficult week for many –

Mander will inform media after each court session what can and cannot be reported, with any breaches likely to result in a contempt of court charge.

“The court has a duty, particularly in the context of offending against the Terrorism Suppression Act, to ensure it is not used as a platform… (and) to prevent it being used as a vehicle for further harm,” he said.

Ardern said it would be a difficult week for many.

“I don t think there s anything I can say that is going to ease how traumatic that period is going to be,” she told reporters.

There will be increased police around the courthouse and victim support workers will be present, with local mental health specialists on standby for referrals.

It is part of a massive logistical exercise that includes live translation of proceedings into eight languages to accommodate New Zealand s diverse Muslim community.

The attack led to a crackdown on firearm ownership in New Zealand, and Ardern initiated a global campaign aimed at eliminating terrorist and violent extremist content online.

Possession of a manifesto posted online by Tarrant shortly before the attacks, and video recordings of the shootings are banned in New Zealand.

The longest sentence handed down in New Zealand — which no longer has the death penalty — is a life sentence with a minimum non-parole period of 30 years for a man who murdered three people in 2001.