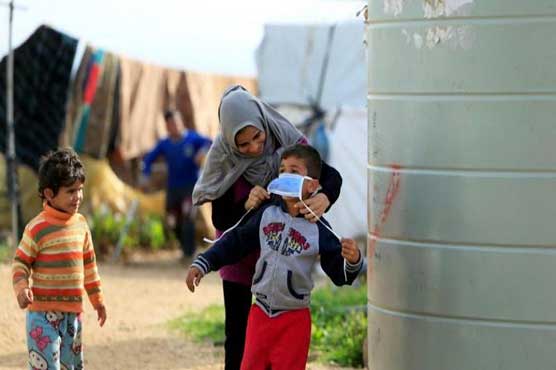 GENEVA (AFP) – Half of all refugee children were already out of school before the coronavirus hit, and the UN cautioned Thursday the pandemic risked deepening a crisis robbing millions of future prospects.

A new report from the UNHCR refugee agency warned that many refugee children, especially girls, who had attended school before the novel coronavirus swept the world would not be able to return.

“After everything they have endured, we cannot rob them of their futures by denying them an education today,” UNHCR chief Filippo Grandi said in a statement, calling for action to support refugees’ right to an education.

Attendance is particularly lacklustre in secondary school and higher.

Around 77 percent of the refugee children were enrolled in primary school, but only 31 percent attended secondary school and three percent were in higher education, the report showed.

While the UNHCR said a shift in methodology made it difficult to compare with data from previous years, it noted the statistics, dire as they look, actually represent a small improvement.

A 2019 report indicated that only one percent of refugees worldwide were in higher education.

But the pandemic is now threatening to undo even the small advances made, it said.

The report found that while children in every country have been hit by the impact of the Covid-19 pandemic and measures put in place to rein in the virus, refugee children have been especially disadvantaged.

Refugee children are far more likely than others to face difficulty returning to their studies, with many refugee families no longer able to afford school fees, uniforms and books as income sources dry up.

They are also less likely to have access to the technologies needed for remote learning and could be required to work to help keep their struggling families afloat.

This is particularly true for refugee girls, who already had less access to education than boys.

By the time they reach secondary level, refugee girls are half as likely as their male peers to be enrolled in school, according to UNHCR, warning the coronavirus crisis risked making the gender disparities worse.

Using UNHCR data, the Malala Fund, which works towards removing barriers preventing girls from going to school, estimated that a full half of all refugee girls who were attending secondary school when the pandemic hit will not return when classrooms reopen this month.

And in countries where less than 10 percent of refugee girls were enrolled in secondary school, all of them were at risk of dropping out for good.

That, UNHCR underlined, is “a chilling prediction that would have an impact for generations to come.”