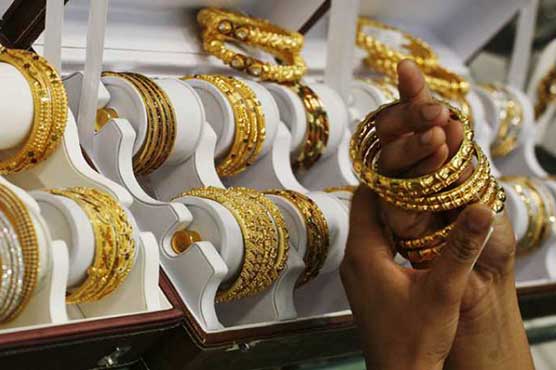 Likewise, the price of 10 gram gold also increased by Rs515 and was traded at Rs99,366 against its sale at Rs98,851, Karachi Sarafa Association reported.

The price of per tola silver remained stagnant at Rs1380 while that of 10 gram silver also witnessed no change and was sold at Rs 1183.12.

The gold prices in the international market increased by $5 and was traded at $1938 against $1933, the association reported.