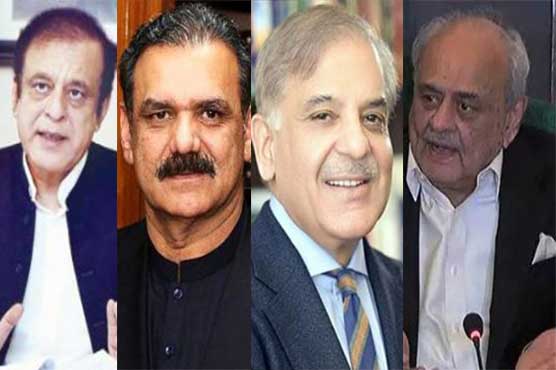 ISLAMABAD (City News) – Prominent political leaders on Sunday have paid tribute to the martyrs of armed forces on the occasion of 55th Defence Day.

Information minister Shibli Faraz presented salute to the Shuhada and Ghazis, who sacrificed their lives for the protection, defence and security of their motherland.

Today, we also renew promise that Pakistan stands firmly with their Kashmiri brothers and sisters and will always stand with them, he went on to say.

Special Assistant to the PM on Information and Broadcasting and China-Pakistan Economic Corridor (CPEC) chairman Asim Saleem Bajwa has saluted all the martyrs and paid tribute to valiant armed forces for their sacrifices in keeping Pakistan strong.

“The whole nation stands behind you with full trust. Let’s not forget ours are the best and only forces in the world to have won War on Terror so comprehensively,” he added.

Pakistan Muslim League-Nawaz (PML-N) president and opposition leader in National Assembly (NA) Shehbaz Sharif has visited martyrs monument in Lahore and lauded the valor and bravery of the soldiers.

Interior minister Ijaz Shah said that entire nation is proud of armed forces of Pakistan. He further pledged to continue support for Kashmiri people till the resolution of the conflict.

Chief Minister of Punjab (CM) Sardar Usman Buzdar has said that September 6 reminds us of national determination. Pakistan’s defence is in strong hands, he asserted.