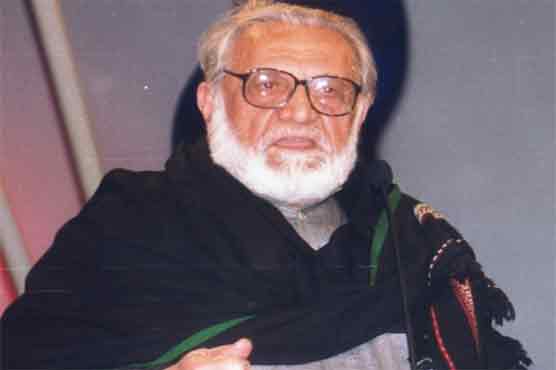 Ashfaq Ahmed was born on August 22, 1925 in Garhmukteshwar village, Ghaziabad, British India. His prime qualities of heart and hand earned appreciations across the borders.

He was regarded by many as the best Urdu Afsana (short-story) writer after Saadat Hasan Manto, Ismat Chughtai and Krishan Chander following the publication of his famous short-story “Gaddarya“ in 1955. In 1962, Ashfaq Ahmed started his popular radio program, Talqeen Shah which made him immensely popular among the people in towns and villages. It was a weekly feature that ran for three decades, the longest weekly radio show in the subcontinent.

He was appointed director of the Markazi Urdu Board in 1966, which was later renamed as Urdu Science Board, a post he held for 29 years. He remained with the board until 1979. He also served as adviser in the Education Ministry during Zia-ul-Haq s regime. In the 60s, he produced a feature film, Dhoop aur Saie, which was not very successful at the box office.

He was awarded President’s Pride of Performance and Sitara-i-Imtiaz for meritorious services in the field of literature and broadcasting. Ashfaq Ahmed died on 7 September 2004 at the age of 79.