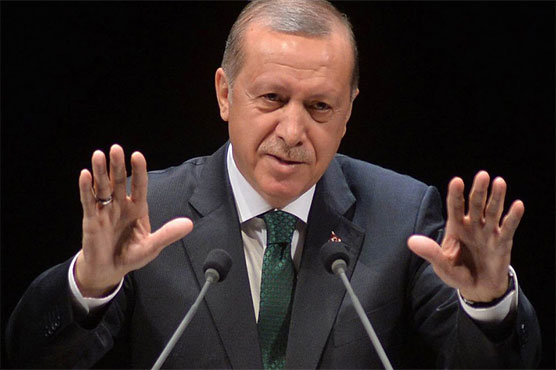 Erdogan met with the head of the Tripoli-based Government of National Accord (GNA), Fayez al-Sarraj, for talks on the most recent developments in Libya as well as bilateral relations and regional matters.

During the meeting, Erdogan “stated that Turkey will continue to stand in solidarity with Libya s UN-recognised legitimate government, and reiterated that Turkey s priority is to restore Libya s stability, without further delay”, the presidency said.

Erdogan also said that “Libya s peace and stability would benefit its neighbours and the entire region, starting with Europe”, adding that “the international community ought to assume a principled stance in that regard”.

Since the 2011 toppling and killing of longtime dictator Moamer Kadhafi in a NATO-backed uprising, Libya has been torn by violence, with its rival administrations vying for control and international forces militarily backing each.

Turkey backs the GNA against military strongman Khalifa Haftar, who is supported by Egypt, the United Arab Emirates and Russia.

At the Istanbul talks, Erdogan and Sarraj also exchanged views on ways to strengthen their cooperation, together with steps to defend Turkey and Libya s rights in the eastern Mediterranean,” according to the Turkish presidency.

Last month, the two warring sides announced separately that they would cease all hostilities and hold nationwide elections, drawing praise from world powers after a series of fruitless initiatives in recent years to stop the conflict.