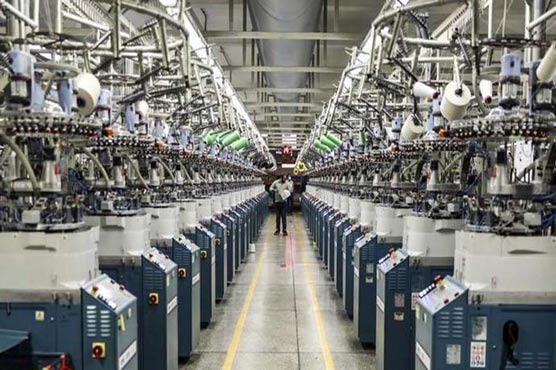 KARACHI (Web Desk) – The Federation of Pakistan Chambers of Commerce and Industry (FPCCI) has expressed grave concern over declining trend in exports, which have posted a downfall of around 20 percent to $1.58 billion in August 2020, startling especially for the economic managers who claimed that economy was recovering from the adverse effect of turbulent period of post-corona slowdown.

The apex trade body chief Mian Anjum Nisar said that the drop in exports during August period was really surprising, calling for out-of-the-box solutions for economic growth in these crucial times, as COVID-19 has adversely impacted the world economy as well as the Pakistan trade and industrial sectors.

According to data, Pakistan’s exports during the month of August recorded a downfall of around 20 percent in dollar terms, as compared to the same period last year. It’s amazing that the dip in Aug export figures comes after a surge in exports during July 2020, when Covid-19 restrictions were more stringently in place.

In first two months of July-Aug the exports also went down by nearly 4 percent, however, country’s trade deficit contracted to $3.4 billion due to shrinking imports. The trade deficit, which stood at $3.7 billion in the comparative period of last fiscal year, shrank to $3.4 billion during July-August of 2020-21.

In absolute terms, there was a reduction of $307 million or around 8 percent in trade deficit in the current fiscal year. Overall, imports dipped 6.3 percent to around $7 billion during the July-Aug.

Mian Anjum Nisar said that the flooding situation in the country, especially in Karachi, has also affected the overall industrial operations, indicating the exports volume might not begin to recover in Sept as economic activity was not expected to return to normal immediately. He said that power trippings, slowdown in business activities, delay in transportation and hampering of port operations were some of the issues faced by the exporters due to the unprecedented rains across the country.

The FPCCI President said that besides liquidity problems and issues of increasing cost, the rains and subsequent urban flooding also caused a significant damage to the infrastructure, disrupting the supply chain and affecting industrial operations.

He urged the concerned provincial governments to upgrade drain system in business hubs of all cities, as sewerage system was outdated and dysfunctional, and these areas become flooded with water whenever there was a heavy downpour.

While the share of regional countries in world exports have considerably increased over the last 40 years, Pakistan’s exports have remained stagnant during this period, he said. Unless attention was paid to all factors that hamper the industrial and exports growth, we may not be able to achieve the desired results.

Some of the impediments to the growth of industry include cost of production, poor governance, obsolete technology, low productivity, lack of competitiveness, supply constraints and energy issues.

He said that the government has already missed its annual export target for the first two years. For its second year, the economic managers had set the export target at $26 billion, which it later revised downward to $22.4 billion.

For the current fiscal year, the government has set the export target at $27.7 billion, requiring just 6 percent growth.

Mian Anjum Nisar said that the government has to formulate long-term and consistent policies for the revival of industry and improvement in exports that have been stuck in a downward spiral for a longtime.

He said the government must take immediate steps for the timely-refunds of sales and income tax, issuance of income tax exemptions on utility bills and resolve issues faced by the industrial sector.

He said that the local currency continued its downward slide against the US dollar despite the fact that Pakistan’s Current Account Deficit has continuously been reducing owing to lower imports and better inflows. He warned that weakening of rupee indicates that the country might once again march towards a huge trade deficit, which increases the current account deficit again.