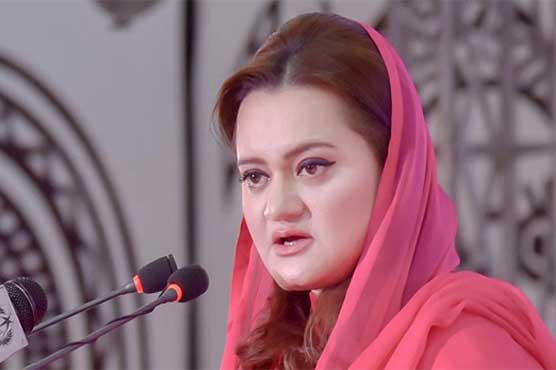 Responding to differences between CCPO Lahore and IG Punjab, Marriyum said that refusal of IG Punjab to work with the Chief Minister is proof of government’s failure. She also expressed concern about IG’s statement on misconduct and said that in simple words, Shoaib Dastagir’s statement means that corruption, incompetence and nepotism are common in the government.

She also alleged that rulers are using institutions of the country for politics and said that opposition is pointing out interference in institutions for last two years.

It is pertinent to mention here Federal and Punjab government on Tuesday decided not to transfer Capital City Police Officer (CCPO) Lahore after differences emerged between him and Inspector General (IG) Punjab Shoaib Dastgir.

Meanwhile sources have claimed that CCPO Lahore has contacted IG Punjab to resolve difference but IG Punjab Shoaib Dastgir did not respond.

On the other hand, IG Punjab did not come to office for second day and schedule of his meeting was also not announced. Sources have claimed differences between IG and the CCPO remain unresolved even after a meeting with Chief Minister of Punjab Sardar Usman Buzdar.