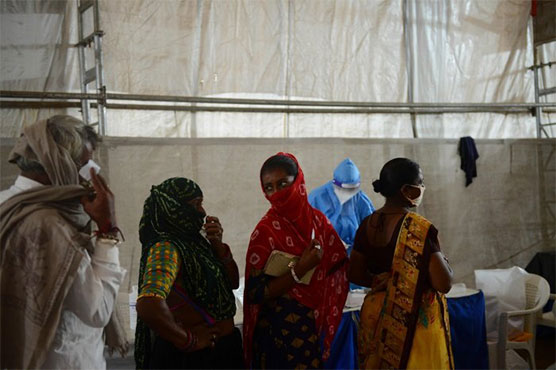 Spain had largely gained control over its outbreak by imposing one of the world s toughest lockdowns, but infections have surged since the restrictions were fully removed at the end of June.

The country became the first in western Europe to hit the 500,000 mark — albeit with a far lower death rate and many more asymptomatic cases than were recorded during its previous peak in late March and early April.

“The situation is much more favourable but we remain in an upwards phase,” said health official Fernando Simon.

But the overall caseloads in European countries are dwarfed by India s 4.2 million confirmed infections.

“For our lives to move on, we have to get out of our homes… so this is a good move by the government,” on commuter Deepak Kumar on the Delhi subway told AFP.

Passengers are obliged to wear masks, keep their distance and undergo temperature checks.

India leapfrogged Brazil to become the world s second-hardest hit nation after the United States, with the virus having caused almost 890,000 deaths and more than 27 million infections worldwide.

As governments around the world have moved away from the idea of blanket lockdowns, countries in all continents have been experimenting with targeted measures to deal with infection spikes.

Morocco imposed a lockdown on Casablanca and shut schools on the day they were supposed to reopen after a surge in cases in the city.

Officials said the virus risked overwhelming the country if it was not controlled, but some parents were left fuming.

“They were on cloud nine over returning to school tomorrow,” wrote one father on Twitter. “How do you explain this to a six-year-old and an eight-year-old?”

In Spain, parental anger flowed in the other direction, with fears rising that schools were opening too soon with millions of pupils returning on Monday.

“Going back to school is being treated like an experiment, we re like guinea pigs,” said Aroa Miranda, a 37-year-old mother-of-two.

France put seven more regions on a red list on Sunday after regularly recording daily infection rates of between 7,000 and 9,000 — although the figure fell dramatically on Monday.

Israel announced a “nightly closure” of 40 cities and towns with the highest infection rates with Prime Minister Benjamin Netanyahu accepting the measures were not ideal but saying there was “no way to avoid them”.

The coronavirus fallout continues to ricochet around the sporting world, with French footballer Kylian Mbappe the latest in a long line of footballers to test positive.

Many tennis players have also been infected, galvanising organisers of the French Open later this month to impose strict guidelines.

All players will be housed in two designated hotels “without exception” to reduce the risk, said tournament director Guy Forget, who also said far fewer spectators would be allowed to watch than initially planned.

Both tennis and football have seen their calendars ripped to shreds by the virus, but the biggest single casualty has been the Tokyo Olympics, which were due to take place this summer.

International Olympic Committee vice president John Coates offered a note of hope on Monday, saying the rescheduled Games would go ahead next year regardless of the pandemic.

“These will be the Games that conquered Covid, the light at the end of the tunnel,” Coates told AFP in an exclusive interview.