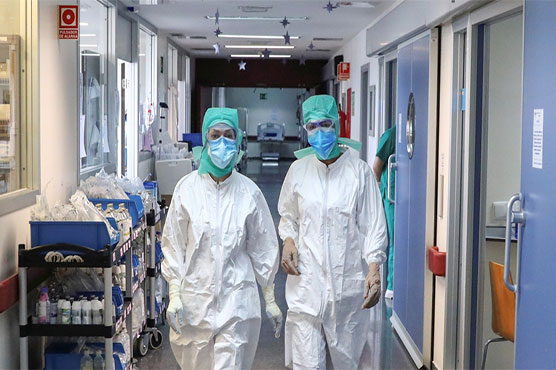 MADRID (AFP) – Spain s total coronavirus cases have crossed half a million, health ministry data showed Monday, as the government struggled to contain a surge of infections in one of Europe s hardest-hit countries.

The country of around 47 million people has recorded 525,549 confirmed cases of Covid-19, and 29,516 related deaths, since its first case was diagnosed on January 31 on the remote island of La Gomera in the Canaries, the ministry said.

This gives Spain a per-capita infection rate about twice that of France and Italy, according to an AFP tally based on official data.

Spain was one of the worst-affected countries when the coronavirus struck Europe this year before one of the world s most stringent lockdowns helped reduce the outbreak s spread.

But infections have surged since the lockdown measures were fully removed at the end of June, the rise in infections often attributed to the return of nightlife and group activities.

During the past two weeks the country has recorded an average of 7,000 to 8,000 new cases per day, around a third of them in the Madrid region.

But the mortality rate is far below that recorded at the height of health crisis in late March and April, when nearly 900 deaths a day were reported, as the median age of new infections has dropped to around 40.

Asymptomatic cases also account for a far greater proportion of positive results, largely due to a rise in testing.

“The situation is much more favourable but we remain in an upwards phase,” the health ministry s emergencies coordinator Fernando Simon told journalists.

The rise in infections comes as Spain is reopening its schools after they were closed in March, with some parents saying they are afraid to send their children to class.

The government has implemented several measures to curb the risk of infections in schools, including making the use of masks mandatory for anyone aged six and over and requiring frequent hand washing.

Last month it ordered nightclubs and cocktail bars to close and shortened restaurant operating hours to try to curb the increase in infections.

The government expects the country s tourism-dependent economy will contract by 9.2 percent this year under the weight of the pandemic.