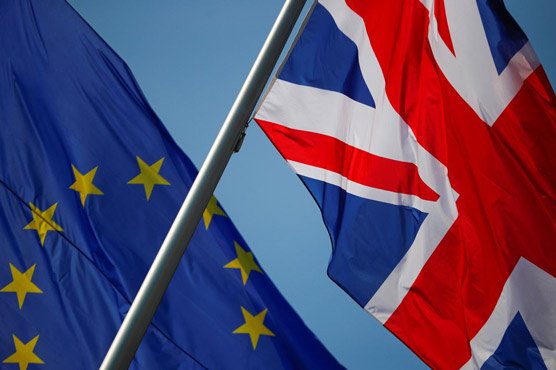 LONDON (Reuters) – Britain will tell the European Union on Tuesday that progress must be made in trade talks this week or the government will step up preparations to leave the bloc without a deal as the time ticks down to an end-of-year deadline.

The British government was embroiled in a new row with the EU on the eve of the latest round of negotiations after it was reported that ministers were to publish new legislation that could undercut elements of the Brexit Withdrawal Agreement it signed in January.

Britain left the EU on Jan. 31 but talks have so far made little headway on agreeing a new trade deal for when a status-quo transition arrangement ends in December.

The latest round of negotiations in London already promised to be difficult because of entrenched disagreements about state-aid rules and fishing rights.

David Frost, Britain’s main EU trade negotiator, said Britain is not scared of trading with the bloc on the same terms as Australia, which does not have a comprehensive trade agreement with the EU.

“We have now been talking for six months and can no longer afford to go over well-trodden ground. We need to see more realism from the EU about our status as an independent country,” Frost said.

“If they can’t do that in the very limited time, we have left then we will be trading on terms like those the EU has with Australia, and we are ramping up our preparations for the end of the year.”

Ahead of the latest negotiations, Prime Minister Boris Johnson sought to increase the pressure on the EU by setting a deadline of Oct. 15 to strike a deal.

Without an agreement, trade and financial ties between the world’s sixth-largest economy and its biggest trading bloc would collapse overnight, likely spreading havoc among markets and businesses.

One EU diplomat said with weeks remaining to reach a deal it was always expected that the pressure would ramp up in the talks.

But “time is running out if we are to get the deal that everybody wants, given the number of open issues and given the amount of time left,” the diplomat said. “Any deal is looking thinner and thinner.”