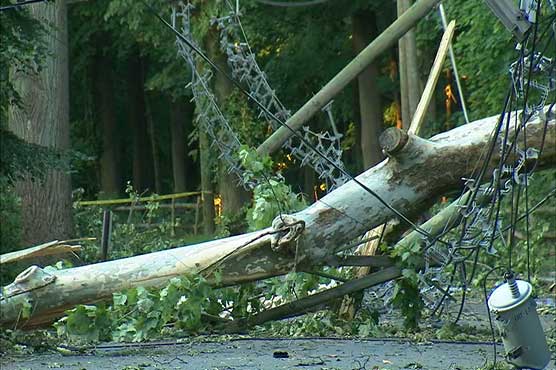 SEOUL (AFP) – A typhoon that struck North Korea wrecked nearly 60 bridges and destroyed or inundated more than 2,000 houses, state media reported Wednesday, with leader Kim Jong Un saying the damage had disrupted central planning for the rest of the year.

Typhoon Maysak brought days of heavy downpours to the country’s east coast last week even as the North was still reeling from earlier flooding and typhoon damage, and this week it was followed by Typhoon Haishen.

Maysak “destroyed or inundated” more than 2,000 houses and tens of public buildings in the affected regions, the official KCNA news agency said, while 60 kilometres of roads and 59 bridges collapsed, with over 3,500 metres of railway roadbeds “swept away”.

Natural disasters tend to have a greater impact in the North due to its creaking infrastructure, and the country is vulnerable to flooding as many mountains and hills have long been deforested.

The damage obliged the authorities to “change the direction of our struggle after comprehensively considering the year-end tasks that were underway”, Kim told a top committee of the ruling Workers’ Party of Korea, according to KCNA.