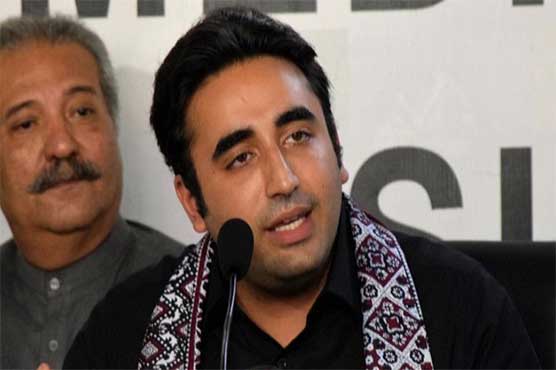 Sindh not given complete share under NFC Award: Bilawal

Addressing a press conference, Bilawal Bhutto assured people that Sindh government stand with them in these testing times and said that he is pointing out issues of masses from last three years.

PPP Chairman said that Mirpur Khas received the heaviest rainfall and the city was completely submerged due to floods. He added that the rains caused the most damage in interior Sindh and urged federal government to provide relief to the victims and farmers on an emergency basis.

Reacting to PM Imran’s Karachi visit, Bilawal urged him to stay in Sindh like Murad Ali Shah and his team and visit flood and rain affected areas instead of just a five hour long visit.

Responding to indictment of Asif Ali Zardari in Toshakhana reference, Bilawal said that former president is answering false allegations. He added that they are being punished for 18th amendment in the constitution and NFC Award and challenged authorities to file an FIR against them for the amendment and NFC instead of making fake allegations.

He added that this ‘hollow’ system is not sustainable and if there is rule of country than everyone will be held accountable.

He also lashed out at federal government for transferring IG Punjab and said that Centre refused to change IG Sindh on request of the provincial government but till now five IGs have been changed in Punjab.