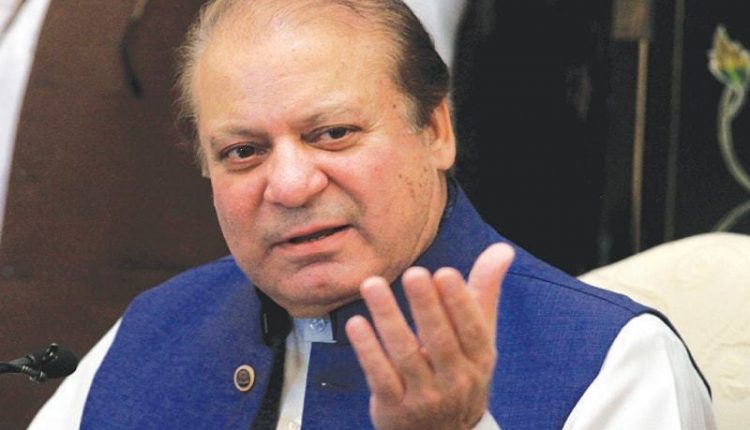 During the hearing, National Accountability Bureau (NAB) prosecutor told that the ex-premier has been declared proclaimed offender by the court.

Justice Mohsin Kiyani remarked that Nawaz Sharif’s bail has been rejected after which he has become absconder in the case. The former premier is residing in London but his doctors are present in United States, he went on to say.

Subsequently, the court has directed to present arguments over admissibility of the plea and adjourned the hearing till September 15.

Meanwhile, NAB has challenged Nawaz Sharif’s bail in Avenfield reference in IHC, saying that the ex-PM is a convict and absconder.

Interior secretary and foreign ministry should take action as per law for Nawaz Sharif’s return.

Nawaz Sharif had requested the IHC to nullify its ruling and allow him to become a part of the court proceedings through his representative. Nawaz Sharif made the request on medical grounds.

It is pertinent here to mention that the IHC had ordered Nawaz Sharif to surrender and appear on September 10 at any cost in the Al-Azizia Steel Mills corruption reference.

Justice Mohsin Akhtar Kiyani had said in his remarks, “Nawaz Sharif has to appear before the court for hearing. He may face additional three-year imprisonment if he is absconder in the reference. Skipping appearances in the trial is also a crime.”

NAB’s prosecutor had argued law turns onus of proof on accused after ownership of flats [by Sharifs] has been established. He said, “The agreement of money transfer turned out to be fake. Likewise, the deed declaring Maryam Nawaz trustee was also proved fake. She possesses assets beyond her declared source of income.”

Maryam Nawaz and Captain (r) Safdar, who were candidates for the general elections 2018, were also disqualified from contesting elections for 10 years each.

The sentence and a fine of 8 million pounds, or $10.6 million, came almost a year after Supreme Court removed Sharif from office and less than five months after the court barred him from holding office for life.

Safdar was arrested by the NAB authorities in Rawalpindi on July 9 while Nawaz Sharif and Maryam were taken into custody by the officials after their flight landed at Lahore’s Allama Iqbal International Airport. They were shifted to Adiala Jail.

Afterwards, the IHC had suspended sentences of Nawaz Sharif, Maryam Nawaz and Captain (r) Safdar in the Avenfield reference.

On the other hand, an accountability court had also handed Nawaz Sharif sentence in the Al-Azizia Steel Mills corruption reference, and acquitted him in a second reference related to Flagship Investments.

In the Flagship reference, NAB had claimed that Sharif and his sons set up Flagship Investment Limited and 15 other companies and used these companies “to manage/acquire expensive properties/any movement of funds to hide the real sources of funds.”