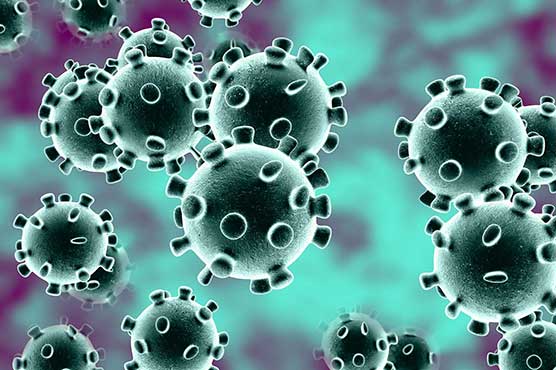 The coronavirus pandemic, six months on

PARIS (AFP) – The coronavirus has upended everyday life in the six months since the crisis was declared a pandemic by the World Health Organization (WHO).

While our understanding of the new respiratory disease has steadily increased since it was first detected in China last year, what lies ahead over the next half-year remains unknown.

In Europe, where strict lockdowns ended before the economy-boosting summer holiday season, the reopening of schools and offices has been clouded by rising infection rates, notably in Spain, France and Britain.

Although testing is now far more widespread, the number of new daily infections is much lower than in March and April, before lockdowns were imposed.

Most cases are currently among younger people with few symptoms, but many experts fear it is only a matter of time before the virus creeps back towards the elderly and vulnerable.

England’s deputy chief medical officer, Jonathan Van-Tam, said people let their guard down over the summer in the fight against the virus.

“We have got to start taking this very seriously again,” he told the BBC this week, warning that if not, the UK will have “a bumpy ride over the next few months”.

French Health Minister Olivier Veran also said this week that the upward trend is “worrying” — predicting a rise in serious infections within weeks.

Still haunted by the first wave, many doctors fear that hospitals and intensive care units may end up being overwhelmed in the coming months, as they were in the spring.

A handful of recent studies have profiled people reinfected with the virus having recovered from an earlier bout of Covid-19.

This has reignited concern over the potential for humans to develop lasting immunity to the disease, whether through infection or vaccination.

The first confirmed reinfection was a 33-year-old Hong Kong resident, who tested positive in an airport-screening test four and a half months after his recovery.

He had no symptoms the second time around — which some experts have hailed as a hopeful sign that his immune system had learned to defend itself against the respiratory disease.

But scientists also caution that it is difficult to draw broad conclusions from only a handful of reinfection cases among the millions of people who have caught the virus.

And it is not clear how contagious a reinfected person would be.

Our immunity against Covid-19 remains poorly understood. While much of the focus has been on antibodies, which help fight off infection, there is also interest in the way our T lymphocytes — a type of white blood cell — may build “immunity memory”.

But little is known yet about how these cells operate against Covid-19.

As children head back to classrooms, it is still unclear what exact role they play in the spread of coronavirus.

We know that severe illness is very rare in young children with Covid-19, with most developing mild symptoms — or none at all.

But could they still be vectors of infection?

“When symptomatic, children shed virus in similar quantities to adults and can infect others in a similar way,” says the European Centre for Disease Prevention and Control.

“It is unknown how infectious asymptomatic children are.”

Several studies have suggested children are less likely to transmit the disease, perhaps because with fewer symptoms they would not be coughing or sneezing, which increases the risk of viral spread.

However, many experts say a distinction should be drawn between young children and adolescents, who appear just as contagious as adults.

Much is riding on the development of an effective, safe vaccine, and this week the WHO listed 35 vaccine candidates going through clinical trials on humans around the world.

Nine of them are already at, or preparing for, the final stage — known as Phase 3 — which requires thousands of volunteers to measure large-scale effectiveness.

Big-spending superpowers the United States, Russia and China are accelerating the process in an attempt to be the first to have a vaccine, even before the end of the year.

But experts urge patience, warning that speed should not compromise safety or public confidence.

As an example of the need for caution, pharmaceutical giant AstraZeneca and the University of Oxford have “paused” trials of their vaccine after a volunteer developed an unexplained illness.

The European Medicines Agency has said a vaccine may not be ready until early next year, while the WHO has said it could take until mid-2021 to reach widespread immunisation.

In a worst-case scenario, it may prove impossible to develop a vaccine.

In many places, face coverings went from being seen as unnecessary to a mandatory accessory — a rapid about-face that left many reeling.

The change of heart by health authorities, including the WHO, was prompted by an increasing body of research about how Covid-19 is spread.

These studies suggest it is not only carried in larger drops of virus that can soil hands, but also in fine droplets exhaled by patients that can linger in the air — “aerosols”.

We still don’t know the precise role of this mode of transmission in the pandemic, but many scientists suggest it could be substantial.

If that is the case, social distancing is not nearly enough to protect people from infection.

Crowded, poorly ventilated indoor spaces are considered to be highest risk, although some countries have also made masks compulsory in the street.

Only one type of medication has been shown in clinical trials to reduce mortality: corticosteroids, which fight inflammation.

But even these are only recommended for the most severe forms of the disease.

An antiviral, remdesivir, has been shown to reduce the length of hospital stays, but its benefit is relatively modest.

Finally, despite hype from US President Donald Trump, the drug hydroxychloroquine has been proven ineffective against Covid-19