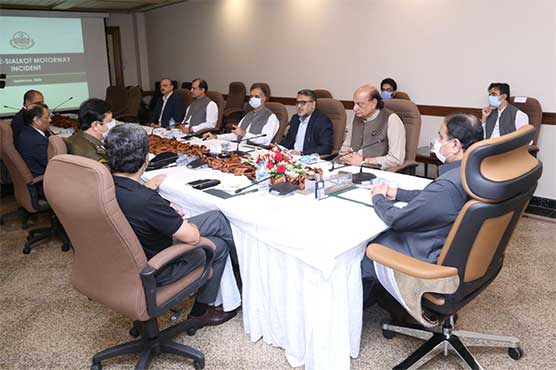 According to details, a preliminary report of motorway case was presented to CM Usman Buzdar during a high level meeting on the incident.

During the meeting, it was decided to connect police helpline 15 and Punjab Highway Patrolling helpline 1124 with motorway helpline 130. CM Buzdar also directed Punjab Police to perform duties on Lahore-Sialkot motorway till recruitment of motorway police personnel.

Usman Buzdar said that he is personally monitoring progress of the investigation and vowed to not rest until victim gets justice and said it is responsibility of state to provide justice to people. Government of Punjab and people stand with the grieved family, he added.

CM Punjab was told that Punjab Highway Patrolling, Special Protection Unit and Elite Force have been deployed on Lahore-Sialkot and 91 kms of the motorway have been divided into three beats.

On the other hand, in a major breakthrough in motorway gang-rape case, police have identified prime suspect as Abid Malhi after samples matched with his DNA from criminal database of 2013.

According to sources, DNA of suspect Abid Malhi – a resident of Fort Abbas – matched from the sample obtained from the dress of the victim. Counter Terrorism Department (CTD) is conducting raids for the arrest of the criminal. However, the rapists are still at large.