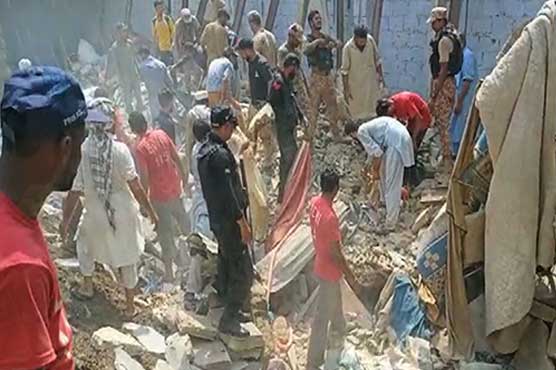 KARACHI (City News) – At least two people have died while nine others sustained severe wounds as another building collapsed in Karachi today (Sunday).

According to details, the building had warehouse in the basement whereas some people were also residing on its upper portion.Receiving information about the mishap, the rescue teams arrived at the scene and launched an operation to clear the rubble.

The victims have also been shifted to the hospital for medical assistance.