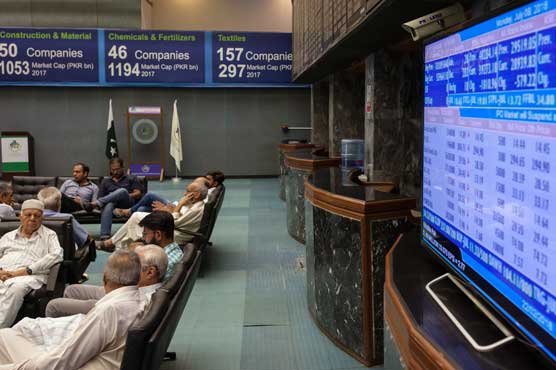 ISLAMABAD (City News) – The Pakistan Stock Exchange (PSX) on Monday managed to tilt its balance towards bullish trend as KSE 100 index closed at 42,531.31 points as compared to 42,530.67 points on the last working day, with nominal positive change of 0.64 points.

As many as 428 companies transacted shares in the Stock Market, out of which 184 recorded gain and 231 sustained losses whereas the share price of 13 companies remained unchanged.