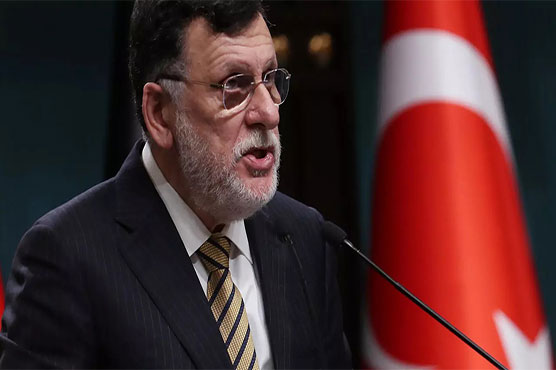 TRIPOLI (AFP) – The head of Libya s UN-recognised Government of National Accord said Wednesday he planned to step down within six weeks as part of efforts to broker a peace agreement.

Libya has endured almost a decade of violent chaos since the 2011 NATO-backed uprising that toppled and killed veteran dictator Moamer Kadhafi.

Fayez al-Sarraj s GNA has battled against a rival administration in eastern Libya led by strongman Khalifa Haftar, whose offensive against the regime in Tripoli recently ground to a halt after more than a year of deadly conflict.

Both sides have since met for peace talks in Morocco after last month announcing a surprise ceasefire and pledging national elections.

Sarraj said during a brief televised address on Wednesday evening that he was willing to leave his post in favour of a new executive determined by the talks.

“I announce to all my sincere wish to cede my functions to the next administration before the end of October at the latest,” he said.

The talks had outlined the process for determining a new Presidential Council and the appointment of a new head of government who would take office “peacefully”, Sarraj added.

He welcomed the “preliminary and promising recommendations” agreed to during the Morocco dialogue.

The Morocco summit, dubbed the “Libyan Dialogue”, has brought together five members of the Tripoli-based GNA and five from the rival parliament headquartered in the eastern city of Tobruk.

Talks have focused on appointments to the top of the country s key institutions, with the naming of the heads of Libya s central bank, its National Oil Corporation and the armed forces the main points of dispute.

Morocco also hosted talks in 2015 that led to the creation of the GNA.