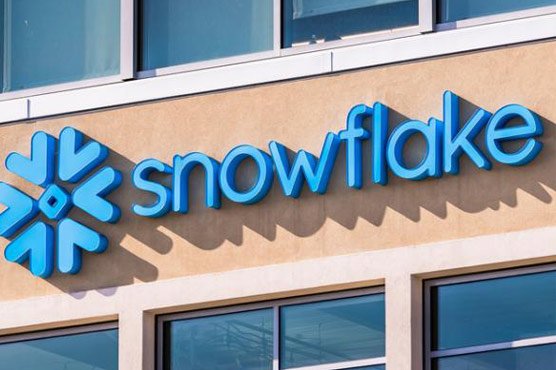 Snowflake shares priced at $120 at the opening bell finished the official trading day just shy of $254.

The San Mateo, California-based company has grown quickly since it was founded eight years ago in Silicon Valley, and was valued at some $12.4 billion in a private funding round early this year despite not being profitable.

Snowflake was valued at more than $70 billion based on its share price Wednesday.

“It’s surprising, but it’s a validation of our initial vision,” Benoit Dageville, one of the French co-founders of Snowflake, said in an interview with AFP.

“Snowflake IPOing as the world’s largest software IPO is showing that markets for enterprise software continue to be far larger than most anticipate,” Box cloud computing company chief executive Aaron Levie said in a tweet.

“With exponential growth in data, devices, and apps, something already big today might be 100X bigger in just a few years.”

Snowflake revenue jumped to $264.7 million last year from $97 million the year before, while its net loss grew to $348.5 million from $178 million in that same comparison, according to a filing with the US Securities and Exchange Commission.

“Beginning with our first customers in 2014, the response was beyond our expectations as we addressed major shortcomings of existing solutions and expanded from a data warehouse into an integrated cloud data platform,” the startup said in a regulatory filing.

It relies on data centers hosted by Amazon, Google, and Microsoft, according to the filing.

While the pandemic is taking a toll on the economy, it is also accelerating a trend toward businesses connecting with customers online and relying on the cloud or remote work.

Snowflake reported having more than 3,100 customers at the end of July, including Adobe, Capital One, and Sony,

Snowflake’s success going public could bode well for other tech startups planning to go public, such as Airbnb, DoorDash, and Palantir.