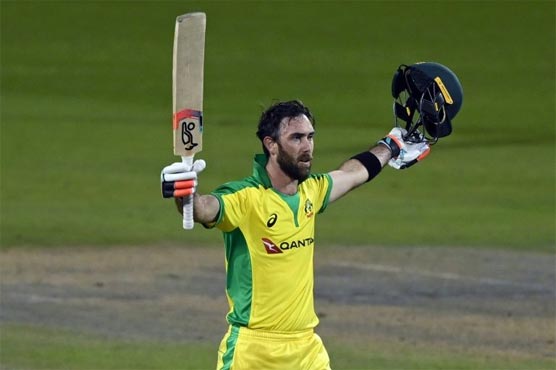 Three things we learned from the England-Australia ODI series

Finishing off an innings has been a problem for Australia in recent ODIs but in Glenn Maxwell, who struck a brilliant hundred on Wednesday, they may have the man for the job.

Nicknamed ‘Big Show’, Maxwell’s Australia career has sometimes proved frustrating and not solely because his audacious shot-making was sometimes accompanied by a lack of judgment.

In 2017-18 he was dropped from the ODI side and told by then new Australia head coach Justin Langer to “go and make hundreds” without seemingly being given any chances to do just that.

And on Wednesday, with his side all but out of the game at 73-5, chasing 302, Maxwell’s blistering 108 off 90 balls — just his second ODI hundred — in a stand of 212 with Alex Carey who made 106, was vital to Australia’s series-clinching victory.

Chris Woakes may shun the limelight, but he showed there was more to England’s all-rounders than just Ben Stokes, who missed the campaign to be with his ill father in New Zealand.

Woakes scored 89 runs at 44.50 in the series and the paceman also took six wickets at under 23.

But he also has an ability to affect matches, with Woakes making an unbeaten 53 batting at number seven on Wednesday to help take England past 300 before reducing Australia to 31-2 with two early wickets.

His 3-32 was central to England’s series-levelling win on Sunday, a match that showed they can come from behind in the field as well as blast their way to victory with the bat.

Australia leg-spinner Adam Zampa was the leading bowler on either side with 10 wickets at a miserly average of 14.20.

With bowlers restricted to a maximum of 10 overs per match in a format designed for big-hitting, that was an impressive return and a heartening one for Australia given that the next Twenty20 and 50-over World Cups are to be staged in India, where pitches traditionally assist spinners.

Even with one very short boundary square of the wicket on Wednesday, Zampa still took 3-51 to follow the 28-year-old’s 4-55 and 3-36 in the first two matches.

But Rashid wasn’t always helped by his fielders, with wicketkeeper Jos Buttler dropping Maxwell on 44 on Wednesday.

Buttler struggled standing up to the stumps in all formats this season, a concern for England given the likely importance of spin at the next two World Cups.