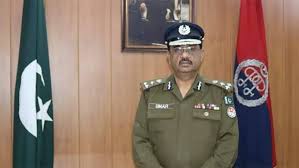 According to details, Umar Sheikh reached the Supreme Court Lahore Registry when a journalist asked him about the arrest of Abid Ali. The Lahore CCPO ignored the question and termed the media person a ‘strange man.’

The same question was asked to Punjab Inspector General of Police (IGP) Inam Ghani who remained silent over the matter. Legal experts are of the opinion that it is the right of people to be apprised of the facts pertaining to the matter.

It is pertinent here to mention that Umar Sheikh had given a controversial statement earlier as well when he said that the affected woman should not have travelled alone at night through motorway and should have opted for a safer route of G.T. Road.

The Lahore CCPO was issued a show-cause notice afterwards over his irresponsible statement. He also apologized to the victim as well as the people afterwards for hurting their sentiments.