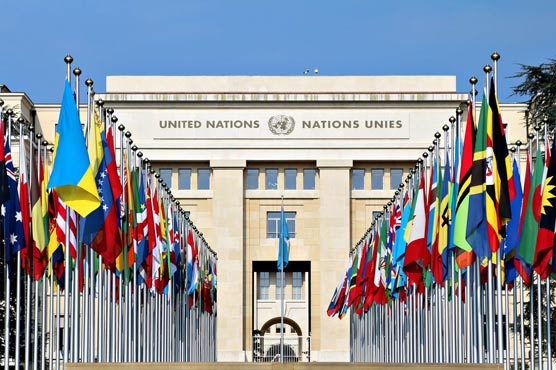 UNITED NATIONS (AFP) – The United Nations will mark its 75th anniversary Monday, celebrating the mantra that “multilateralism is not an option but a necessity,” even as the coronavirus underscores the fragility of international cooperation.

The anniversary will kick off the global body’s annual General Assembly, when normally the leaders and representatives of nearly 200 countries gather en masse to sound off about the world’s problems and offer myriad solutions.

But this year, a part of Manhattan will not be sealed off for the “UNGA”; there will be no endless limousine convoys, and no busy beehive of diplomats, journalists and translators in the halls of the UN.

Instead, with Covid-19 still limiting global movement, just one representative from each of the 193 UN members will be allowed, and only someone already in the United States.

Everyone else will have to appear by videoconference, including some 160-170 heads of state and government planning addresses.

Appearing by video on Tuesday will be Russia’s Vladimir Putin and China’s Xi Jinping, who in the past have let their top diplomats speak for them; and US leader Donald Trump.

On Wednesday, Venezuela’s president Nicolas Maduro, who much of the world sees as illegitimate, will address the assembly by video. Missing as speakers are the leaders of Syria and North Korea.

“Diplomacy, to be effective, requires personal contacts, and I am very sorry that we are not going to have the opportunity to bring together leaders of countries,” said UN Secretary General Antonio Guterres.

Even so, he said, there would be “many virtual meetings” on the sidelines of the assembly, convening by teleconference on subjects such as climate change, biodiversity and the conflicts in Libya and Lebanon.

The event kicks off with a joint declaration full of good intentions and a call to combat unilateralism.

But that belies the reality of what has happened since Covid-19 erupted early this year, with borders closed, cooperation limited and countries forced to go it alone.

Bertrand Badie, professor at the Paris Institute of Political Studies, said the great powers missed a chance with the coronavirus to strengthen global cooperation.

Instead, cooperation broke apart amid allegations that China and the World Health Organization moved slowly on the initial outbreak, and the US declared it would act alone and pulled out of the WHO.

The superpowers’ behavior has “caused the failure, even the collapse, of the UN Security Council,” which was set up to lead on such world-shaking challenges as a pandemic, Badie said.

The powers have clung to a “very conservative vision of security, that humanity is only threatened by rivalries between countries,” Badie told AFP, calling it “a very bad sign for the future.”

The declaration admits that, over seven and a half decades, the UN “has had its moments of disappointment.”

“Our world is not yet the world our founders envisaged 75 years ago,” it says, citing growing inequality and the persistence of poverty, hunger, armed conflicts, terrorism and climate change.

However, the declaration also notes the United Nations has helped bring about decolonization, promote freedom, set standards for development and eradicate disease.

“The United Nations has helped mitigate dozens of conflicts, saved hundreds of thousands of lives through humanitarian action and provided millions of children with the education that every child deserves,” the declaration says.

In the wake of coronavirus, it says, “we have a historic opportunity to build back better and greener.”

Yet the coronavirus has placed a spotlight on the paralyzing rivalry of the superpowers, especially between the United States and China, rapidly eroding Washington’s global leadership.

“Everyone has been too focused on the domestic impact of the pandemic to really look at the global picture,” said Richard Gowan of the International Crisis Group.

“I am frankly deeply pessimistic about the chances for real UN reform or innovations in global governance. I cannot see China and the US agreeing on big reforms now,” Gowan said.

Badie said the organization was immobilized by a power rivalry that dates back to the UN’s creation.

To embark on reforms, he said, it is necessary for the five permanent members of the UN Security Council — the United States, Britain, Russia, France and China — to change their Cold War mentality.

The five, though, “will always refuse, because that would lead to an overhaul of the ‘international community’ and the loss of the privileges of the nuclear oligarchy,” Badie said.