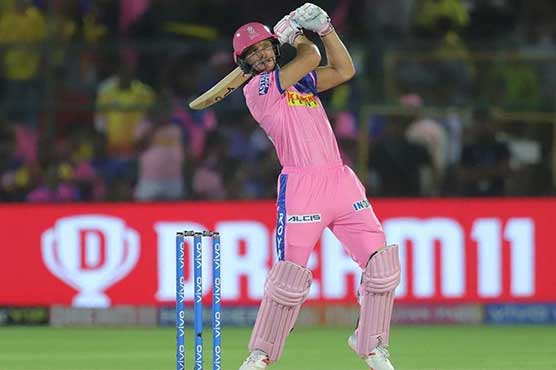 NEW DELHI (AFP) – England s Jos Buttler will miss the opening game for Rajasthan Royals in the Indian Premier League due his quarantine after arriving in the United Arab Emirates.

Buttler has to undergo a six-day isolation after joining Royals following the end of England s limited overs series against Australia on September 16 in Manchester.

“I m unfortunately going to miss the first match for Rajasthan because I m going to be doing my quarantine period because I m here with my family,” the wicketkeeper-batsman said on Instagram.

“It ll be a huge help in lockdown having my family here with me.”

Buttler, along with fellow Englishman Ben Stokes and Jofra Archer, and Australia s Steve Smith, is a key part of the Royals team, which has Shane Warne as their mentor.

Stokes is expected to miss the first few games for Royals, who won the inaugural IPL in 2008 under Warne s captaincy, as he is in New Zealand with his ailing father, who has been diagnosed with brain cancer.

“Ben is taking some family time at the moment,” said Buttler.

“Everyone wishes well with him, everyone s got him in our thoughts. Obviously (he is) such a good player that (we hope) at some point he will be able to join us in pink.”

Meanwhile Royals capitan Smith trained with the team ahead of their first game against Chennai Super Kings on Tuesday in Sharjah, brushing aside concussion fears he carried from the England series.

Smith was struck on the side of the helmet during training and was ruled out of the three England one-day games with signs of concussion.