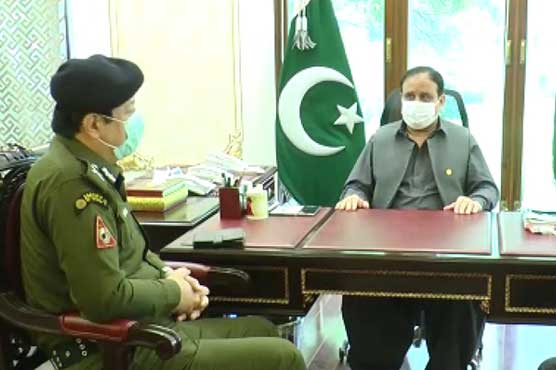 LAHORE (City News) – Chief Minister of Punjab (CM) Sardar Usman Buzdar on Monday has summoned Inspector General (IGP) Inam Ghani for briefing over progress in a case pertaining to raping a woman infront of her children on motorway near Gujjarpura.

The CM has also sought explanation from the IGP over the performance of police department in failing to arrest prime suspect Abid Ali.

The police sources told that raids are being conducted in Lahore, Sheikhupura, Kasur, Sahiwal and Nankana Sahib to arrest the accused but he succeeds in fleeing every time while dodging the security personnel.

Five relatives wife of Abid Ali were also detained for their statements. The arrested persons were shifted to Lahore for further investigations.

Earlier, Anti-Terrorism Court (ATC) had transferred Shafqat, accused of raping a woman on motorway near Gujarpura, to jail on a 14-day judicial remand.

Shafqat had confessed to raping a woman on the motorway in his initial statement recorded to the police. He also confessed to committing 11 other such crimes with Abid Ali as well.

Shafqat told police that they stayed at Qila Sattar Shah the night after the Lahore motorway incident. The next day, they split up with him going to Depalpur and Abid going to his father’s house in Manga Mandi. He revealed that he had last contacted Abid three days ago.

This confession comes after Shafqat’s DNA had matched with the samples collected from the crime scene.

During the hearing, Capital City Police Officer (CCPO) Umar Sheikh appeared before the court and said that identification process of the suspects has been started as the details of the mishap have been gathered from the victim. We have carried out DNA tests of 53 people and found Abid as prime suspect, he told.

The judge further remarked that it’s the duty of the government to provide protection to the general masses. The court has to play important role in the current scenario. The time has come to deeply investigate the performance of the police department, he hinted.