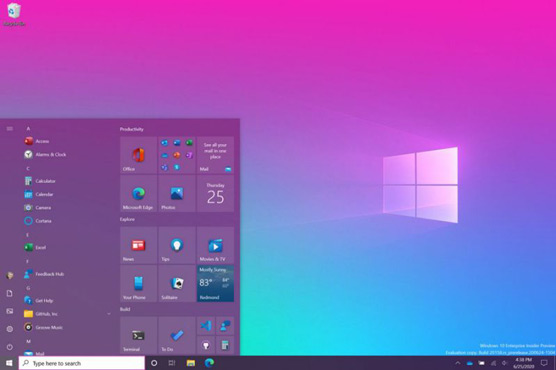 SAN FRANCISCO (Web Desk) – The Windows 10 20H2 update will arrive next month with a few new features, like a visually refreshed Start menu, improved notifications, preinstalled Chromium Edge browser and the ability to Alt+Tab through Edge tabs. It’s also bringing more of the features from Control Panel into the modernized Settings page as Microsoft phases the older system tool out.

They’ve been in testing for Insiders over the last few months, but a post on the Windows Blog reveals that the update rolling out now represents what they expect will be the final build. Things should be fairly stable, but Windows Subsystem for Linux users will want to check the notes about a known issue.

If you want to try it out first, even if you’re in the Insider program in the Release Preview channel you’ll need to seek it out by going into the Windows Update panel and choosing to install Build 19042.508 (KB4571756). If you’re in the beta channel, then it should reach you automatically.