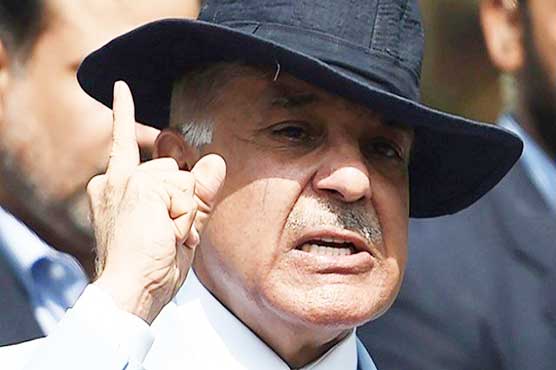 LAHORE (City News) – Pakistan Muslim League-Nawaz (PML-N) President and Opposition Leader in National Assembly (NA) Shehbaz Sharif on Monday has said that it’s not an easy task to bring all the political parties on one point.

He was talking to media outside Lahore High Court (LHC) ahead of money laundering case hearing.

The PML-N leader said that opposition is a beauty of democracy. PCC cement has been ordered to further strengthen the unity among opposition parties, he said in a lighter mood.

Earlier, Shehbaz Sharif, in his address at All Parties Conference (APC), said that the government has failed in every aspect and “selected PM” has left poor people on mercy of the floods.

Four million have lost their jobs, free medicines are no longer provided in the hospitals, price of sugar has crossed Rs100 and price of wheat is at record high during first two years of current government, he added.

Shehbaz Sharif further said that dictatorships in the country’s history put a black mark on everything including democracy.

“Remember when a selected government came into power and the selected prime minister promised the nation that the discrepancy in the elections, the disappearance of the RTS system, and the pre-engineering of election results would be investigated,” he stated.

Not easy to unite all political parties on one point: Shehbaz Sharif
0 141
Share FacebookTwitterWhatsAppPinterestEmailFacebook MessengerTelegram