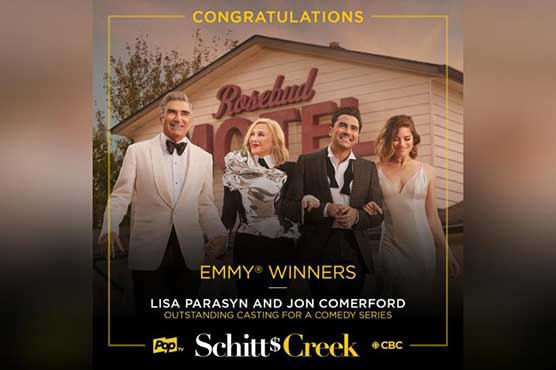 The comedy about a privileged family forced to live in a rundown motel failed to earn a single nomination in its first four years, but became a sleeper hit after airing on Netflix and signed off with a heartwarming final sixth season.

It bested seven other series — “Curb Your Enthusiasm,” “Dead to Me,” “The Good Place,” “Insecure,” “The Kominsky Method,” “The Marvelous Mrs Maisel” and “What We Do In The Shadows.”