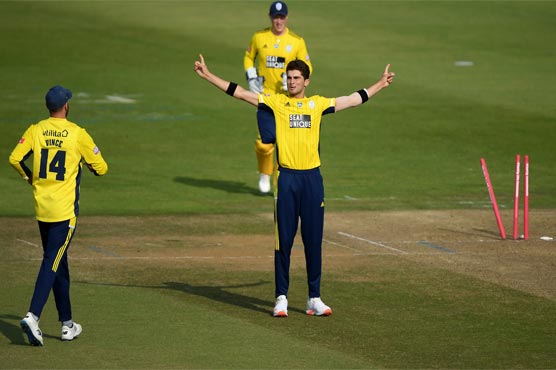 The 20-year-old clean bowled John Simpson, Steven Finn, Thilan Walallawita and Tim Murtagh in consecutive balls and ended up with figures of 6 for 19 – best ever T20 bowling performance for Hampshire.

It was the second T20 hat-trick in the county’ history. Hampshire defeated Middlesex by 20 runs and Shaheen Afridi was declared man of the match. The left-arm pacer also became only the sixth bowler in T20 cricket to dismiss four batsmen in four balls