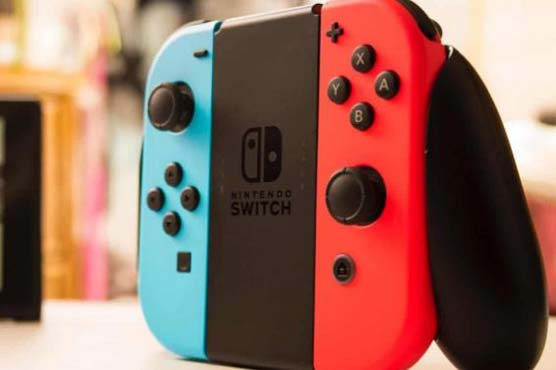 PARIS (AFP) – A French consumer advocacy group said Tuesday that it had filed a “planned obsolescence” claim against Nintendo’s Switch console, saying the Japanese giant knew some controllers were failing too quickly.

The UFC-Que Choisir group based its complaint on a 2015 law that established the framework for France’s green economy goals.

Companies or executives found guilty of knowingly marketing products with reduced lifespans can face prison terms or fines of up to five percent of their annual sales.

Que Choisir had already denounced Switch controllers last November, saying more than 5,000 clients had reported “Joy-Con drift,” with toggles stuck in one direction even when users were not touching them.

The group’s claim followed a class-action suit filed in the US last year alleging the same defect, which reportedly was sent to arbitration last March.

In January, the director of Nintendo France offered to repair any defective controllers at no cost, even if no longer covered by warranty.

But Que Choisir claimed Tuesday that the underlying problem had not been fixed, “and complaints have continued to flow in to us.”

“With the problem now known for the past three years, the Japanese firm must now commit itself to fixing the problem, instead of simply correcting it,” it said.

It identified two potential causes for “Joy-Con drift” — premature failure of circuit boards in the controllers, or insufficient seals that let in too much sweat or grime into the controller.

“65 percent of affected consumers say this problem occurred less than a year after purchase,” Que Choisir said, adding it happened “even to people playing fewer than five hours a week.”

It is not the first time technology giants have been targeted in France over planned obsolescence claims.

In February, Apple was ordered by the country’s consumer watchdog to pay a fine of 25 million euros ($29 million) for not telling iPhone users that software updates were slowing down older models.

The complaint was filed by the Halt Planned Obsolescence (HOP) association, which hailed the filing against Nintendo, calling for a “conviction that sets an example.”

Speech of PML-N Quaid was not against any institution: Ahsan Iqbal