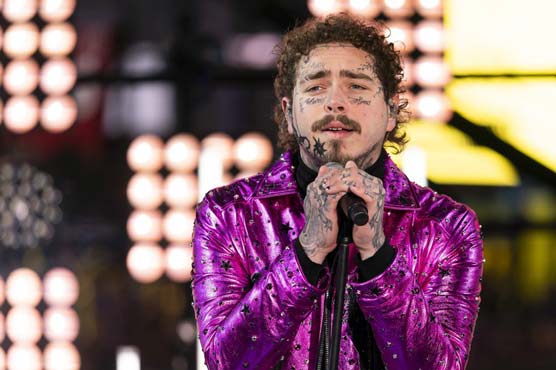 NEW YORK (AP) — Post Malone is the sunflower of the 2020 Billboard Music Awards.

His 2019 album “Hollywood’s Bleeding” — which featured the hits “Circles,” “Wow” and “Goodbyes” — is up for top Billboard 200 album while “Sunflower,” his collaboration with Swae Lee from the Oscar-winning animation “Spider-Man: Into the Spider-Verse,” is nominated for top rap song, top collaboration and top streaming song.

Lil Nas X follows Malone with 13 nominations, while Billie Eilish and Khalid each scored 12 nods. Malone, Eilish and Khalid will compete for the show’s biggest award, top artist, along with Taylor Swift and Jonas Brothers.

The 2020 Billboard Music Awards will broadcast live from The Dolby Theatre in Los Angeles on Oct. 14, though dick clark or NBC didn’t offer specifics on how the show would be handled during the pandemic. The 2020 awards show was originally supposed to take place in April but was postponed because of the coronavirus.

It’s the reason why some of the nominees in the 55 categories may feel dated. This year’s Billboard Awards reflect the chart period of March 23, 2019 through March 14, 2020, and, for instance, all five nominees for the main song award, top Hot 100 song, were nominated for Grammys earlier this year in January. Eilish’s “When We All Fall Asleep, Where Do We Go?” — which won the Grammy for album of the year — is up against Malone’s record for top Billboard 200 album, where other nominees include Ariana Grande “Thank U, Next,” released in Oct. 2018, and Swift’s “Lover,” not her recent release “Folklore.”