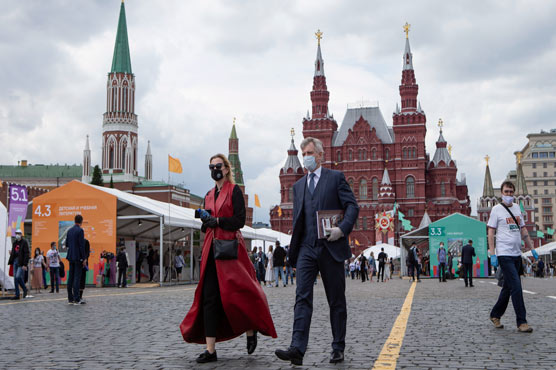 MOSCOW (AFP) – New coronavirus cases in Moscow on Thursday reached the highest level since late June, raising fears of a new wave of cases in the world’s fourth most affected country.

The caseload increase had remained relatively stable in the capital at around 700 per day for several months, but the numbers began to climb again from September 15.

On Thursday, the capital recorded 1,050 new cases, the highest figure since June 23.

Russia as a whole confirmed 6,595 new cases, the highest figure since July 12. The government virus website said that 24 percent had no clinical symptoms.

The highest numbers of new cases are in Moscow, its surrounding region and the second largest city of Saint Petersburg.

Russia has prided itself on registering the world’s first coronavirus vaccine, Sputnik V, although it is still undergoing large-scale clinical trials after promising results in early trials.

President Vladimir Putin, in a speech to the United Nations general assembly this week, offered to inoculate those working there for free.

He earlier said that one of his daughters had been vaccinated.