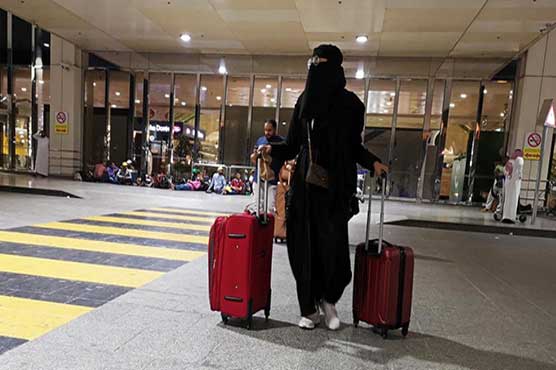 The kingdom, which opened its doors to foreign tourists in September 2019 by launching a new visa regime for 49 countries, wants the sector to contribute 10% of gross domestic product by 2030.

“For tourist visa, until now we are talking about early next year. If things get better or if any positive developments happen with regards to the vaccine, we might accelerate and have it earlier,” Ahmed al-Khateeb said in a virtual interview.

In late-February the kingdom closed its borders to foreign pilgrims and to tourists from at least 25 countries. In March, it barred all travel in and out of the country.

Khateeb said the tourism sector has been hit hard and is expected to see a 35%-45% decline by year end. The focus on domestic tourism during the summer has cushioned the blow, however.

“This pandemic is a systematic risk that has hit everyone;

however, we have seen a very strong summer after the January-May lockup period,” Khateeb said.

“We have noticed a growth of 30% year on year in domestic tourism which is beyond our expectations.”

The Saudi Summer campaign, which promoted 10 tourist destinations – from beaches and forests to mountain peaks and historic areas – for citizens and residents to visit in lieu of holidaying abroad, helped boost average occupancy ratio at hotels to 80 percent.

Saudi Arabia has reported 332,790 COVID-19 cases and 4655 deaths so far. Infection rates have seen a steady decline over the past few weeks.