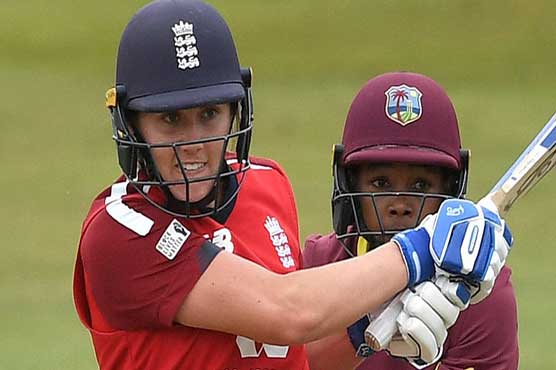 LONDON (AFP) – Nat Sciver starred for England Women as her quick-fire 82 led the hosts to a 20-run win over the West Indies in Saturday’s Twenty20 clash.

Sciver’s 61-ball innings was her T20 best and played a key role in England reaching 154-6 in Derby and sealing the series 3-0.

The limelight belonged to Sciver, who also chipped in with one for 23, as she clubbed nine fours and a six, sharing half-century stands with Heather Knight and Fran Wilson.

England took 38 runs from the last three overs on a blustery, cool and cloudy afternoon.

The West Indies used eight bowlers but were unable to stop Sciver until the final over and the tourists will now only be playing for pride after losing the first three games in the five-match series.