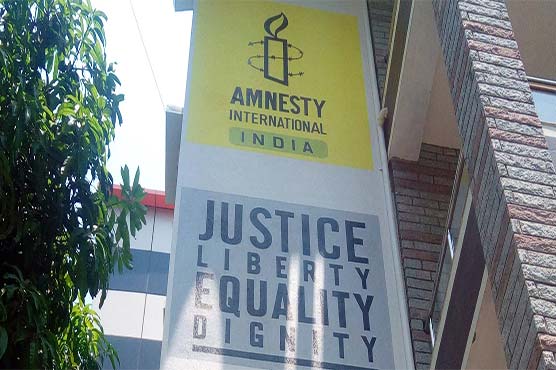 NEW DELHI (AFP) – Amnesty International said Tuesday it has suspended its Indian operations after its bank accounts were frozen in what it called a government “witch-hunt” against rights groups.

Amnesty said that it came to know on September 10 that its Indian bank accounts were frozen, forcing it to let go of staff and pause all ongoing campaign and research work.

“This is the latest in the incessant witch-hunt of human rights organizations by the Government of India over unfounded and motivated allegations,” the group said in a statement.

Amnesty said that the freezing of its accounts is “no accident” after it issued a series of reports alleging “grave human rights violations” by police in deadly sectarian riots in New Delhi in February, and by security forces in Indian-administered Kashmir.

“Treating human rights organisations like criminal enterprises and dissenting individuals as criminals without any credible evidence is a deliberate attempt… to stoke a climate of fear and dismantle the critical voices in India,” said Avinash Kumar, Amnesty India’s executive director.

“It reeks of fear and repression, ignores the human cost to this crackdown particularly during a pandemic and violates people’s basic rights to freedom of speech and expression, assembly, and association guaranteed by the Indian Constitution,” he said in the statement.

The Indian government was yet to comment on Amnesty’s announcement.

Pompeo calls on ‘both sides to stop violence’ in Karabakh