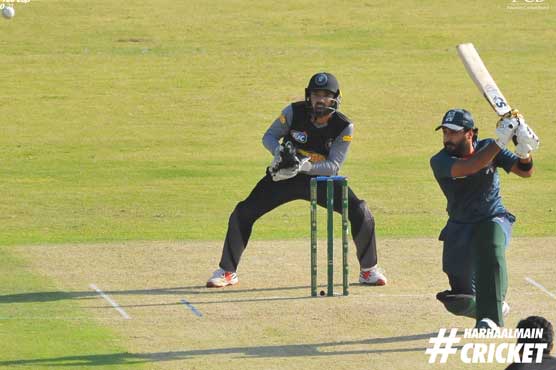 After that Muhammad Rizwan and experienced Muhammad Hafeez made 66 runs in partnership.

Hafeez scored 45 runs with five fours and three sixes. Captain Muhammad Rizwan played an unbeatable innings with 56 runs while Iftikhar Ahmad remained not out with 30 runs.

Ammad Butt and Aqif Javed from Balochistan took one wicket each.

Earlier, Balochistan won the toss and elected to bat first. No player except middle order batsman Imran Butt could stay on the crease before the fast bowling of Shaheen Shah Afridi. Shaheen Afridi took five wickets by giving only 20 runs.

Balochistan team could score 152 runs for the loss of nine wickets in fixed 20 overs as Imran Butt remained the highest scorer with 37 runs. Shaheen Shah Afridi was awarded man of the match.