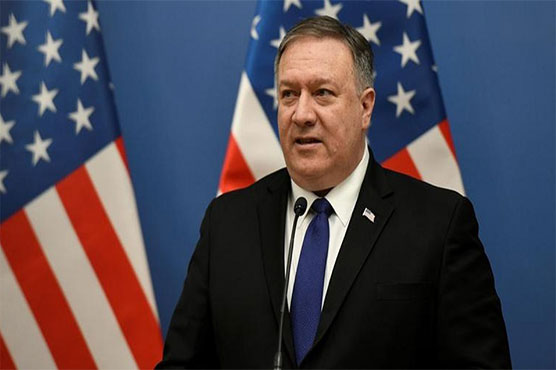 pompeo urges third parties to stay out of Karabakh conflict

DUBROVNIK (AFP) – US Secretary of State Mike Pompeo on Friday urged third parties to stay out of the conflict over the disputed Nagorno-Karabakh region and said he hoped reports of Syrian fighters arriving in Azerbaijan via Turkey were not accurate.

Pompeo was speaking on board a plane returning from Croatia, the last stop on his mini European tour.

“I think it would do the same thing in the conflict in and around Nagorno-Karabakh as well. So I hope that reporting proves inaccurate.

“This is a longstanding conflict in this border space, when those tensions rise, internationalising this, third parties bringing ammunitions, weapon systems … you increase the complexity, you increase the risk of loss of lives, you decrease the capacity for peace.”

As in Libya, he said, “we ve urged everyone to just stay out of this other than to urge that there be a ceasefire and that dialogue be the methodology by which order is restored, peace is restored. At least we hope that s the case.

“We ve certainly communicated that to both the Azerbaijanis and Armenian leaders, and to the Turks as well,” he added.

Clashes have raged between Armenian and Azerbaijani forces since Sunday over Nagorno-Karabakh, an ethnic Armenian province that broke away from Baku in a bitterly fought war in the early 1990s that claimed 30,000 lives.

The clashes, the worst since 2016, have raised fears of a new war between the two countries.